"Just Like You" & "The Blood and the Pentecost" Bubba Chambers 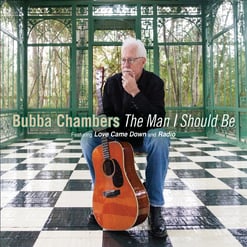 The Blood and the Pentecost

Bubba Chambers was a pioneer in the early days of the Jesus Movement.  Christian music, now known as Contemporary Christian, was then known simply as Jesus Music. After receiving Christ in 1969, Bubba immediately went on the road singing and preaching the gospel, traveling with evangelist David Stockwell, who had led him to Christ. In bands all through his high school years, Bubba really only knew rock and roll and pop music. In late 1971, he and several other guys - some saved from drug addiction, etc. formed their first band, The Blessed Hope.  The band recorded a single, featuring “Faith” by Doug Neel and “Hippie Holy Roller” by John Perez. After a couple of years, Doug left the band to serve his country and other band members moved away. Bubba and bandmate Wayne Donowho then formed The Hope of Glory. They were joined shortly after by Rick Thigpen (bass and guitar) and Gary Ingram (drums). After their first concert on the road, the band added guitarist Melvin Mar. They traveled extensively throughout the  70s, preaching and singing the gospel in almost every state. They cut five records -  two on the Shalom label and three on Tempo/Chrism Records. By the time they started their sixth record - Which Side Are You On? - they had shortened their name to The Hope. They continued to perform through the mid-80s.  When they disbanded, Bubba continued to sing and preach, and in the late 90s, began to dabble in songwriting. He has just released his first solo album - The Man I Should Be - and is already at work on a second. Writing has become his passion and as long as the songs keep coming, he will continue to record.

Bubba and his wife Susan live in Manvel, Texas, with their three rescue dogs, Mr. Cati, Coco and Zia.