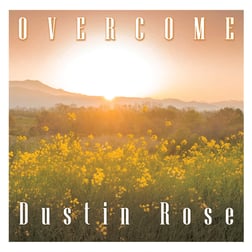 As a 6th generation native Oregonian, Dustin Rose is a true Northwest original. He uses his personal experiences in life to create music that is both rich with meaning and sonically beautiful. His influences include many folk and rock pioneers like Keith Green, Larry Norman, Amy Grant, and Michael W. Smith. He is known for his tight vocal harmonies, organic piano sound, and strong acoustic guitar presence. It takes you back to a time when music was at its purest. Dustin has been performing live for over 25 years as a solo act, in bands like The Noble Ghim and Gemini Space Traveler, and most recently with Wilson Fifer Rose.

As he weaves his story through his music you are transported to a place where things seem more simple and clear. At the same time you are able to relax and really enjoy what you are hearing. He often is accused of being a lyrical tenor whose voice floats over the instrumental background and while he can sing with that gorgeous tenor range he is not without grit. He can transition from beautiful tenor to gritty and unique with an edgy feel in a heartbeat. Dustin has performed at familiar venues like the Memorial Coliseum in Portland, Oregon, Creation Fest Northwest, and The Northwest Folklife Festival in Seattle, Washington. He is seen often playing at churches and other public events in Oregon, Washington & California. Dustin and his wife Andrea perform together and reside in Gresham, Oregon with three of their four children.

Story Behind the Song: Carry Me

After a nearly sleepless night, I realized that a full day’s work was ahead of me. We’ve all been there. A seemingly impossible task and there is no way around it. Financial, health, family, emotional; this life is filled with struggle. Yet, I have found that it’s much sweeter with the Lord. Bringing the Lord into our everyday struggles allows Him to show power in our weakness, grace in our pain, and mercy in our shortcomings. This is what I tried to capture in this song. It’s a universal feeling to be frustrated with life but when you hand your troubles over to Jesus, the shared experience is a life incomparable.