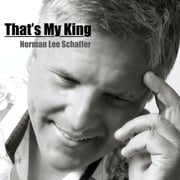 I Believe in Christmas

“I BELIEVE IN CHRISTMAS” is single off of Norman Lee Schaffer’s new album “That’s My King”.

The singer/songwriter, pastor, and entertainer penned the single, which was produced by Tracy Collins (Indiginus) and engineered by Ronny Cates (Petra).

Schaffer has spent most of his life as an entertainer, opening for the likes of Kenny Rogers, The Temptations, George Jones, Lou Rawls, Johnny Cash, Willie Nelson, Brenda Lee, Travis Tritt, Lorrie Morgan, Loretta Lynn, Marty Stuart and many more. He has appeared on local and national television and his music has received national airplay.

As the pastor of The Garden Worship Center in central Florida (Belleview), Schaffer is known for bringing theatrics and performance-based presentations to his congregation.“There’s a little P.T. Barnum in me,” Schaffer has said in interviews, adding that he uses his dramatics to help spread the message of God’s love.

The 55-acre scenic setting where The Garden brings the Bible to life, is your one stop destination capturing Schaffer’s creative musical talent intertwined in a Disney-like setting. When Norman Lee is not preaching and singing at 3 services on Sunday, you can find Schaffer or his wife, Terri, feeding camels, donkeys, goats, alpacas and sheep or singing to his latest video release at the monthly Ice Cream & Musical Festival at The Garden Worship Center.

Schaffer records for The Garden Worship Center label, named for the church he serves.