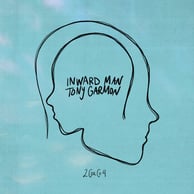 After growing up around music and spending time in the band, I left music to achieve other goals. After becoming a Licensed Surveyor and achieving business success, I became the Hymn leader at a small church in Dacula, Georgia. During that time, I was introduced to Christian Music and fell in love. 2 years ago, I left that church and became a member at a larger church called Ebenezer Baptist Church. After finally being accepted to be in the Music Ministry, Covid hit and halted our music. That was the point God put in motion the beginning of my music career in writing and singing his word. Today I have completed 4 additional song writes and am in the process of 2 Co-writes. I don’t know what Gods plan with me is yet, But I am going to Listen and react.

Story Behind the Song - Ebenzer

I go to a church called Ebenezer and did not know what it meant. I looked it up in the Bible and the Lord gave me this song during the first week of not having Church because of Covid. I have never sought to write music, so it was a new experience for me. After writing this song and the 2 other singles, I was put in contact with Scotty Wilbanks from Third Day for production. The song is from 1 Samuel Chapter 7 when Samuel creates the Ebenezer stones as a reminder of what God has done for his people and to set it as a reminder that God won their battles. Today that reminder is the Cross.

Story Behind the Song -Inward Man

The Friday after writing Rock under my feet, I woke up to the name Inward Man. Being in tune with what God was doing after the first 2 songs, I did some reading from 2 Cor Chapter 4 about the inward and outward man and wrote this song in an hour that Sunday. I have an influence in my music from Harry Connick Jr and Frank Sinatra and I believe it shows in the melody.